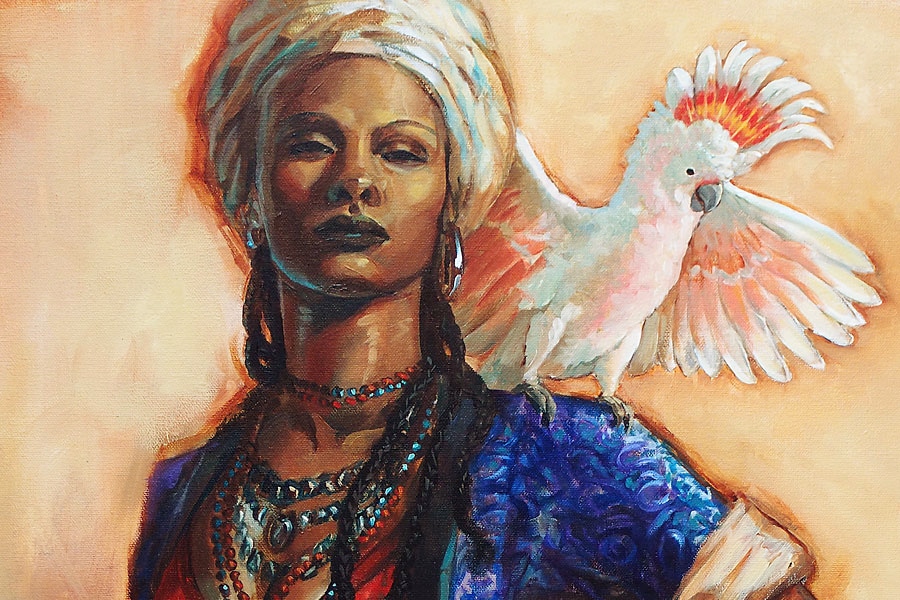 I started “Pirate Jenny” at a recent public event and the painting sold right off the easel, so while this is a “Work In Progress” post, Jenny is already spoken for.

This recently completed oil painting is inspired by the song “Pirate Jenny” from Kurt Weill & Bertolt Brecht’s The Threepenny Opra. First performed in 1928, the song was famously covered in the 1960’s by the late Nina Simone and originally depicted a maid at a hotel who, after taking scorn and abuse from the local townspeople, copes with her situation by imagining herself a stronger woman – a vengeful pirate. Many other artists have covered the song, including Amanda Palmer and Nick Cave, however Nina Simone’s cover is the version with which I’m most familiar. Nina’s treatment transforms the song into a metaphor for the revolt of enslaved and oppressed people and a ballad of the Civil Rights era.

My painting of “Pirate Jenny” doesn’t depict a brazen cutthroat like illustrated in the original song, but a woman who’s power radiates from her easy confidence and self-possession. It’s not by accident that she gazes “down” at the viewer with a hand on her hip and a cigar smoldering between her fingers. I imagine her being of Caribbean descent and with that in mind, I tapped a pallet of a few colors I don’t normally use.

Below, the completed “Pirate Jenny” ready for her new home. 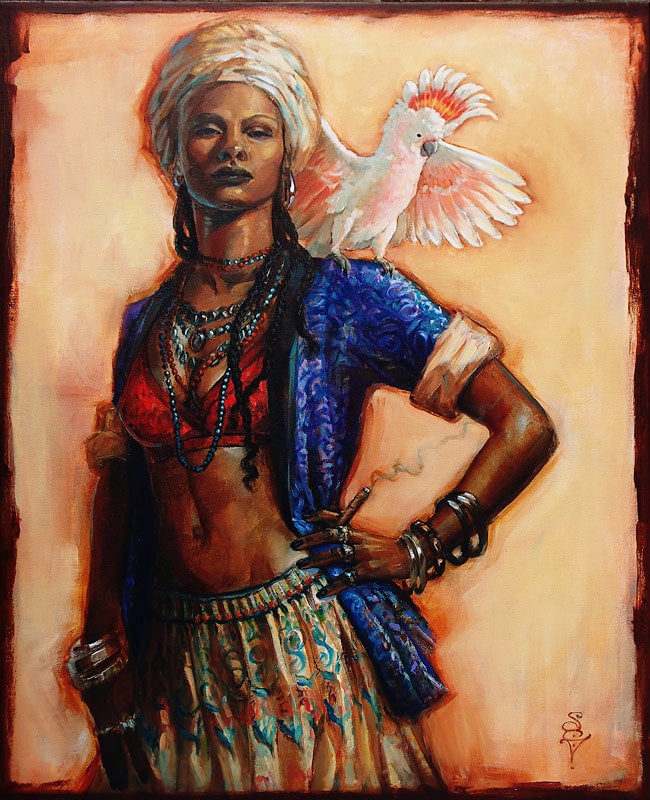 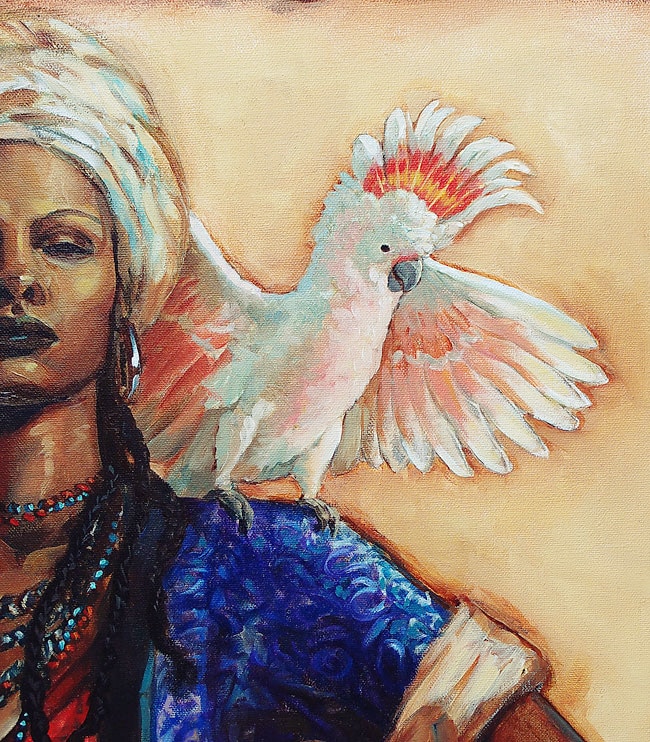