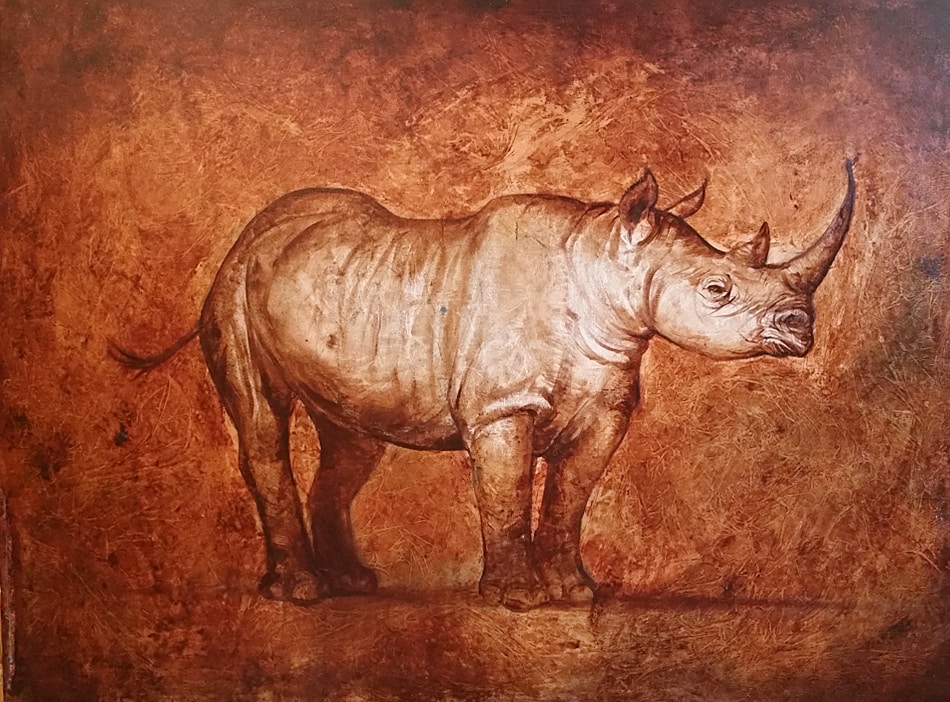 The plight of the Rhino is one of the most aggressive examples of humanity’s propensity for destruction through consumption.

As with many wild species, Rhinos once roamed their native habitat in the millions, only to have their numbers decimated by human contact. Through colonial era wholesale hunting, loss of habitat, and more recently the onslaught of illegal poaching, Rhinos have been nearly eradicated in the wild. In 1977 the Black Rhino population was counted at around 70,000 and saw a 96% drop to a little over 2400 individuals by 1995 due to poaching1. Through conservation efforts by NGO’s like Save The Rhino and the International Rhino Fund, the Black Rhino population has been increased to over 5,000 individuals today, but the Black Rhino along with three other species of Rhino remain critically endangered and under constant threat. 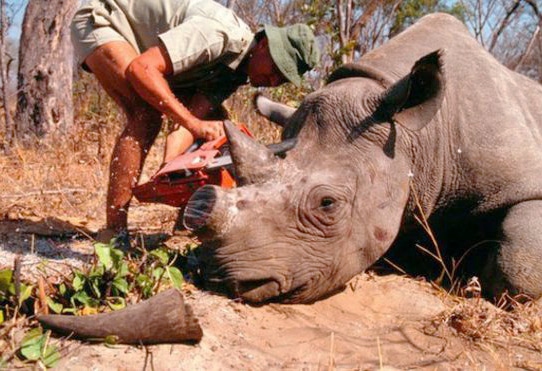 Source: World Wildlife Fund. A Tranquilized Rhino has its horn removed to protect it from poachers.

Rhino horn is erroneously believed to have medicinal and sexual stimulant properties and is overwhelming consumed by the Asian market, with China often cited as a main contributor to Rhino poaching. Efforts to educate younger consumers about the plight of endangered species in China along with government bans on horn and ivory appear to have suppressed the Chinese market to an extent, but demand unfortunately continues to thrive in surrounding countries2.

While individuals and organized criminal networks continue to poach and African governments debate whether or not to legalize the trade in Rhino horn as a means to fund conservation3 this prehistoric species teeters on the brink as a unfortunate example of humanity’s failure to manage its own hubris.

Once, There Were Black Rhinos

The oil painting I’m working on is titled “Once, There Were Black Rhinos” and is the first work in a planned series highlighting endangered species. As mentioned in my artist statement, I often explore the relationship between humanity’s impact on the natural world.

As with most of my work, I begin with a sketch that allows me to tack down composition and subject position). With this painting, the composition will be simple with most of the impact coming from the texture, color and lighting of the finished artwork. Art school teachers will often rail against it, but I love the center placement of a subject. 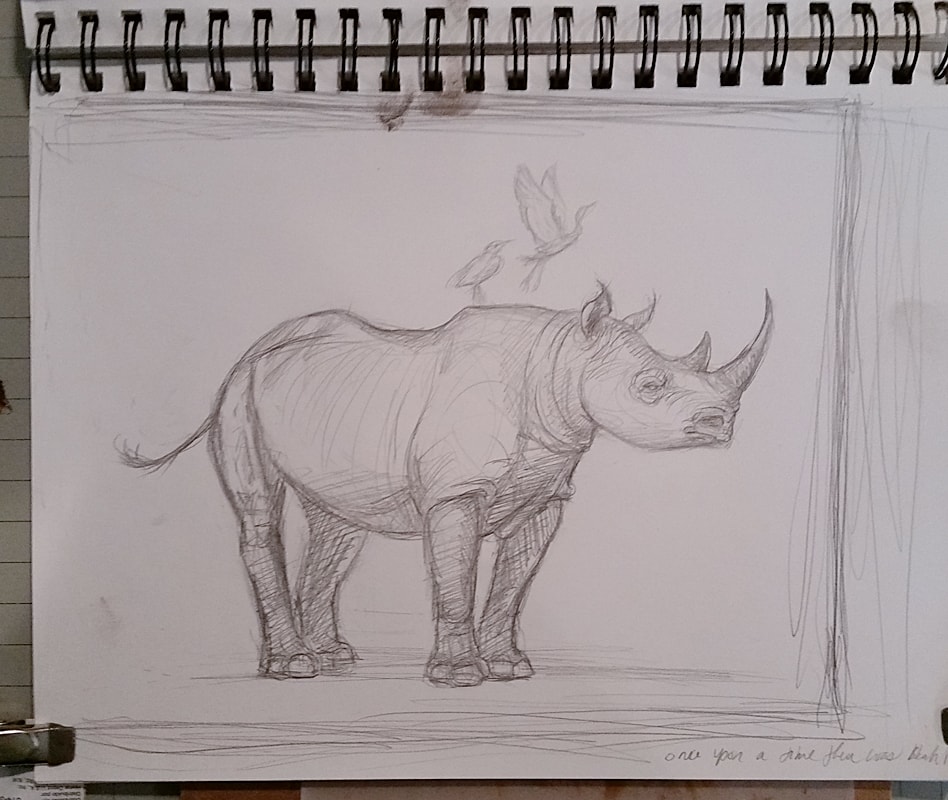 A Rhino is essentially a rectangle, so after finishing the sketch I move forward by drawing her onto the canvas using a rectangle as a container. 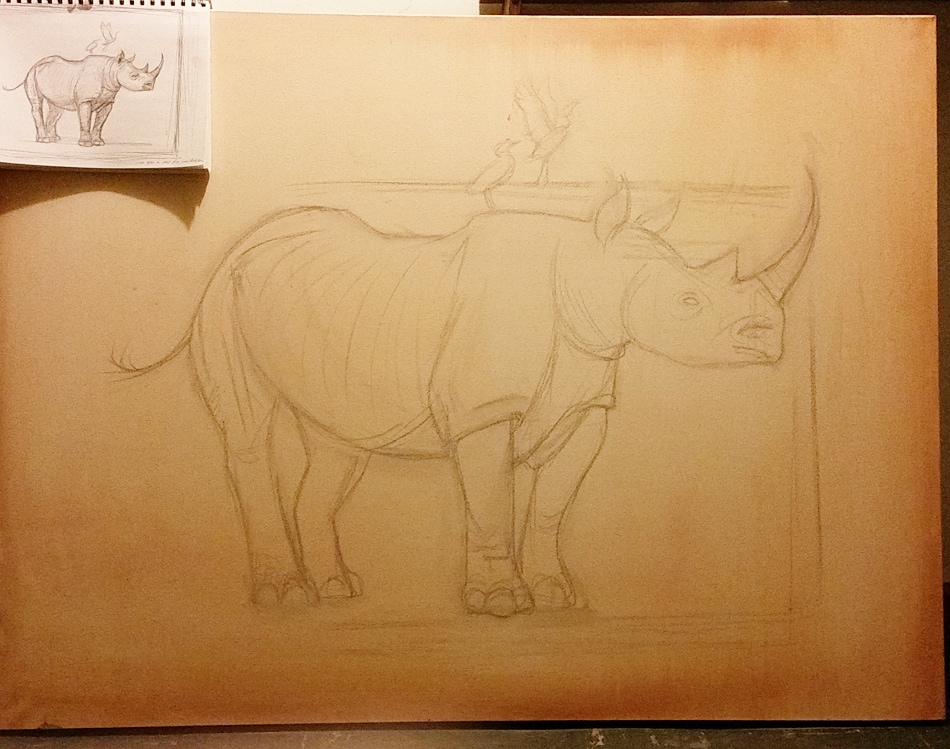 Once she’s drawn in, I begin my favorite part of the painting process, laying in color and texture. It was a deliberate decision to have the background texture closely mimic the texture of Rhino skin. I create this effect by applying glazes and then pulling them off, waiting for a layer to dry, then applying another layer. It takes several days to get the depth and effect I desire since oils take a day or so to cure-to-touch. 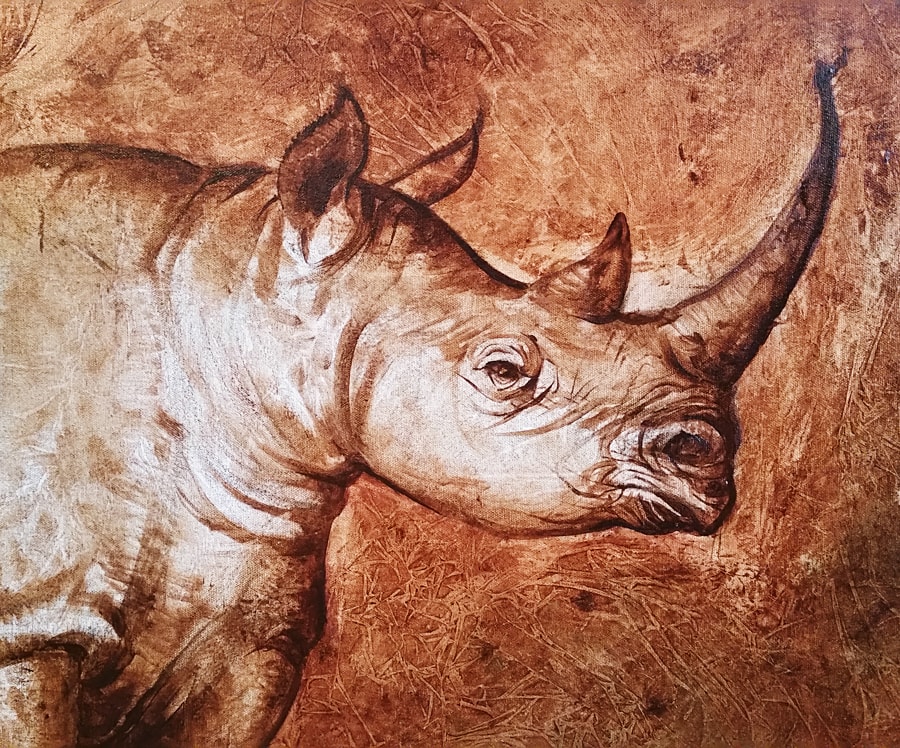 In Part 2 of this WIP I will show the steps taken to complete this Black Rhino painting. Make sure to check back for the update.