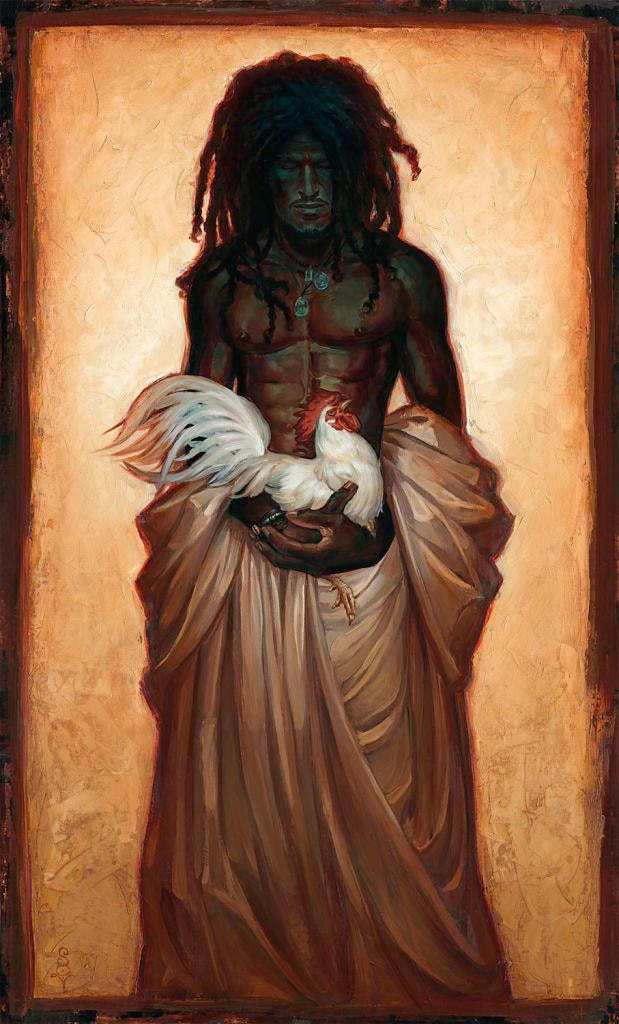 Many artists’ statements are flowery, scrubbed and sanitized effigies of the actual human behind the work. Instead of succumbing to this act of erasure, I’d like to be real with you.

I grew up low-income in a fairly dangerous neighborhood on the east side of Cleveland, Ohio (United States). While as a younger person I couldn’t afford luxuries like traveling and seeing the world beyond my immediate urban environment, I was encouraged under the auspices of a creative and loving mom to explore and grow as an artist. This is totally counter to the tact typical working class parents would take, so I thank my mom for being atypical. It was through art that I first learned I could control my world and recast it in a way that empowered me. It’s through art that I “unpack” the tumults of being a living thing.

I’ve now traveled and explored well past my old stomping grounds of Cleveland, but the crucible that formed me continues to inform the work that I produce. I’m attracted to using metaphors and symbolism in art, but sometimes my work is simply a quest to seek the beautiful. In academic circles, artists are often chided and actively discouraged for doing this.

When I attended art school, I rubbed shoulders with people who came from softer, safer environments. For them and the teachers that guided them, jettisoning beauty to embrace less refined, defined aesthetics was cast as an act of artistic bravery. Theirs was a voluntary sojourn into anti-beauty from which they could safely retreat once they packed away their supplies for the day. As for me, closing up the paint box meant returning to a reality defined by the harsh ugliness of an economically disenfranchised environment.

I believe every artist goes through a personal struggle to define where their artwork “fits”…will it be decorative? Political? A reverential nod to traditionalism? A trend-focused love letter to the MOMA’s or Tate’s of the elite art world? For me, making art is a form of alchemy, ritual and meditation with the finished artwork being an extra and deeply gratifying final reward. Art for me is refuge, a temple, a way for me to explore and to uplift subjects of my choosing, and these days I’m no longer concerned with where my artwork fits. Instead, I’m concerned with painting authentically and connecting with an audience with whom my artwork deeply resonates.

I find beauty in objects that have dust and soot in the recesses with glints of gold shouting out from the darkness. I’m mesmerized by the movement of muscle under skin and the architecture of bone and the improbable miracle of living things. The subjects I paint always seem to have a dark cast along the edges, as if receding or emerging from shadow. I use to paint this way unconsciously, but after some introspection, I’ve come to acknowledge that where and how I grew up continues to have a strong influence on my work. Because I was cherished as a child by someone who deeply loves her children, I’m capable of empathy. Because I have suffered, I’m aware of the fragility of life and the uglier aspects of human nature. I’m aware of the bravado and defiance people display in the face of the inevitable bow we all will take from this mortal coil. I’m aware of how people effect the lives of all other living creatures on this planet. This is the soot, the patina, the soft shadow of impermanence that inhabits much of my work.