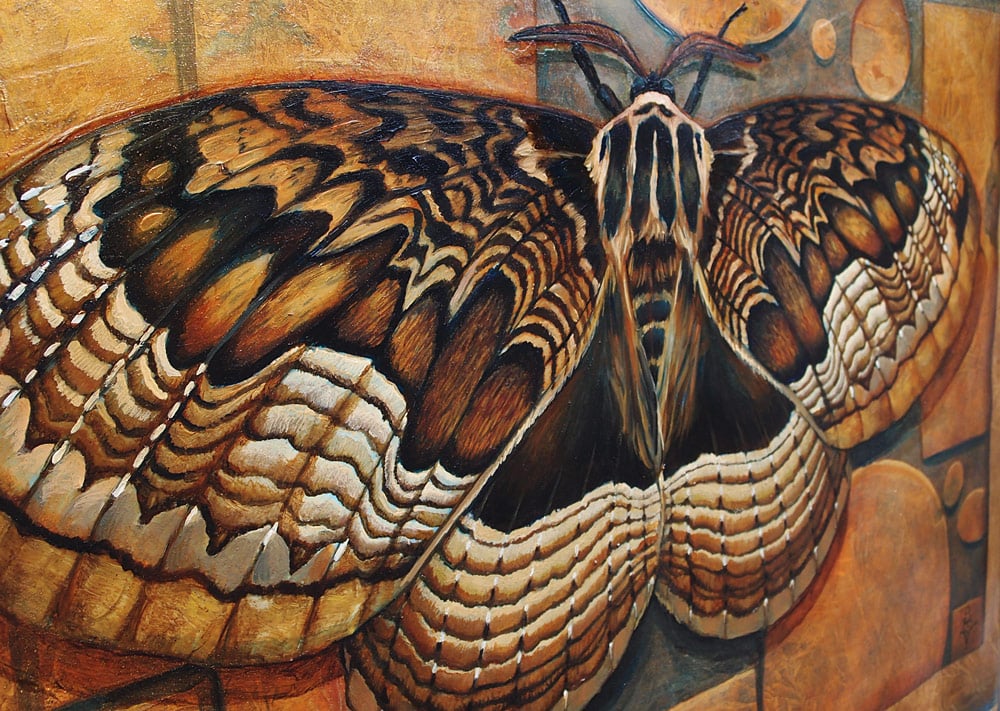 I’m fascinated by the mystery and promise of Space and the incredible array of textures to be found in the natural world.

As a kid, I remember many a night gazing up into a star-dusted sky and experiencing a level of frustration mixed with sadness that nearly drove me to tears. All that life–colors, textures, unimaginable organic lifeforms beyond our own solar system, and I would never be able to see it.

Part of the march toward maturity is accepting existential limitation and finding contentment and gratitude in what you do have, thus I eventually turned my intense yearning back to Earth and its own mysteries and beauty. However, for most of my life Space has remained a bit of an obsession. 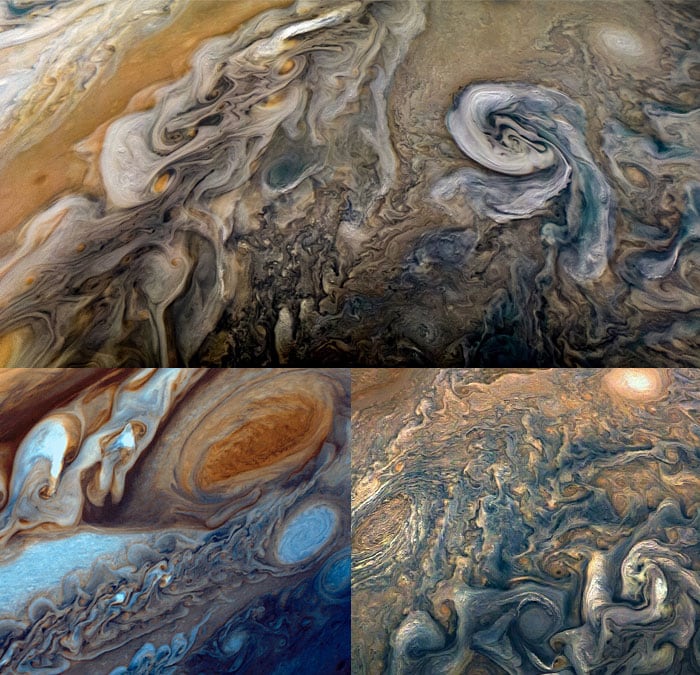 The clouds of Jupiter courtesy of NASA.

I’ve followed the missions of NASA (National Aeronautics and Space Administration) with the adoration of a groupie tracking the tour dates of a favorite pop star. I don’t engage in idol worship, but for me, Cassini, Voyager and Juno are the names of rock stars and I’ve devoured and collected the rich images these space probes have sent back from their far-flung quests like others hoard the candid snaps of beloved celebrities.

If all living things are indeed the remnants of stardust, some creatures evoke this relationship to the galactic ether more than others.

When I first saw a photo of a Korean Owl Moth my thoughts went instantly to the marbled cloud-scapes of Jupiter and how the large elliptical patterns in the moth’s wings resemble the Great Red Spot, a 400 year old storm cloud that was once large enough to swallow the Earth three times. I knew I had to paint one, the challenge of the moth’s deliciously intricate markings was too good to pass up.

Painting “Jupiter in His Wings”

For this work I decided to use archival Mylar, one of my preferred substrates for its durability and ease of transferring a complex drawing. 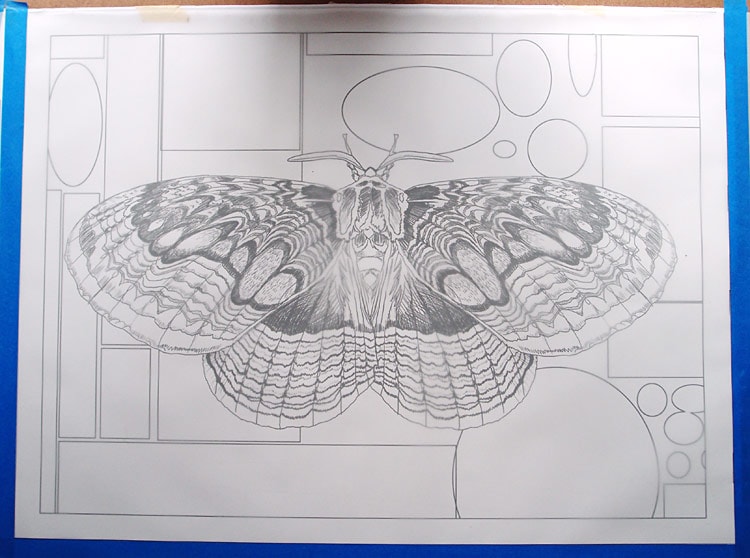 In images of Jupiter, the clouds often appear to have a iridescent luster similar to that found in the scales that cover moths’ and butterflies’ wings. To mimic this effect I used gold-tone pigments throughout the under painting. 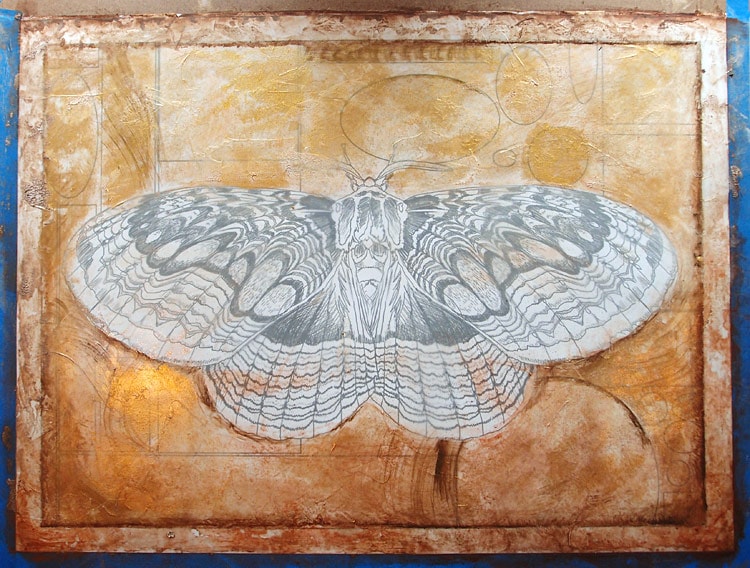 With the background established, my next task was to begin laying in the intricate details of the moth’s wings, my favorite part. For me this is a perfect meditative act. Put on some music for mood (of course, something “space ambient” for this one) and I can go for hours. 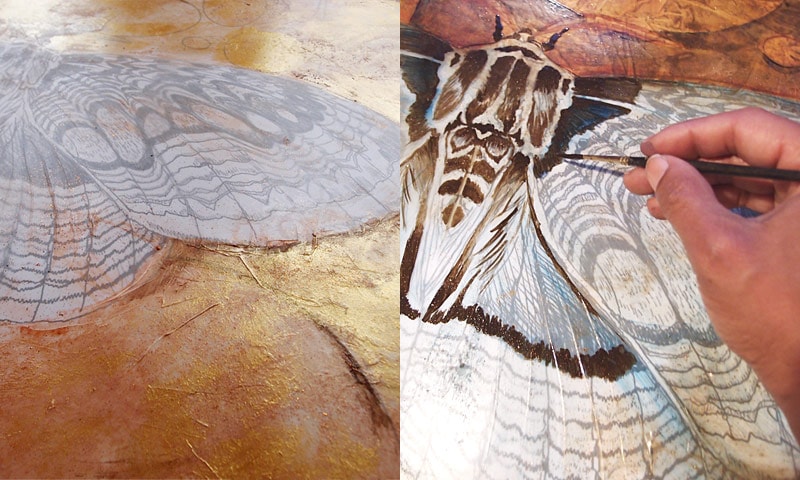 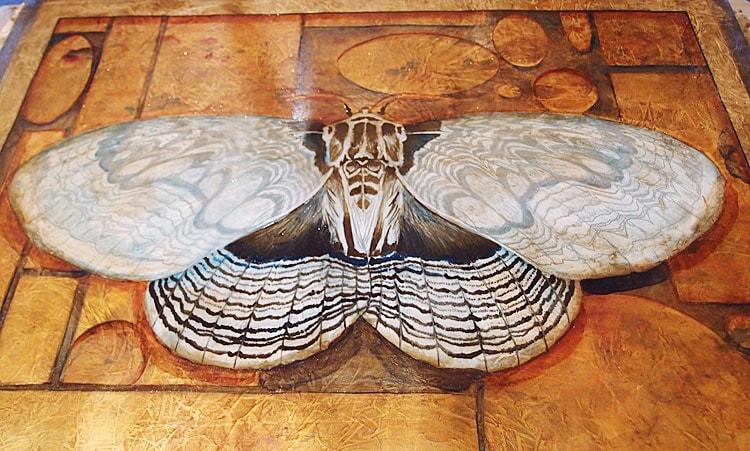 After a months’ worth of on and off work on this oil painting, the finishing step was to apply a final glaze layer to “lift” the colors and create more of a 3 dimensional depth. 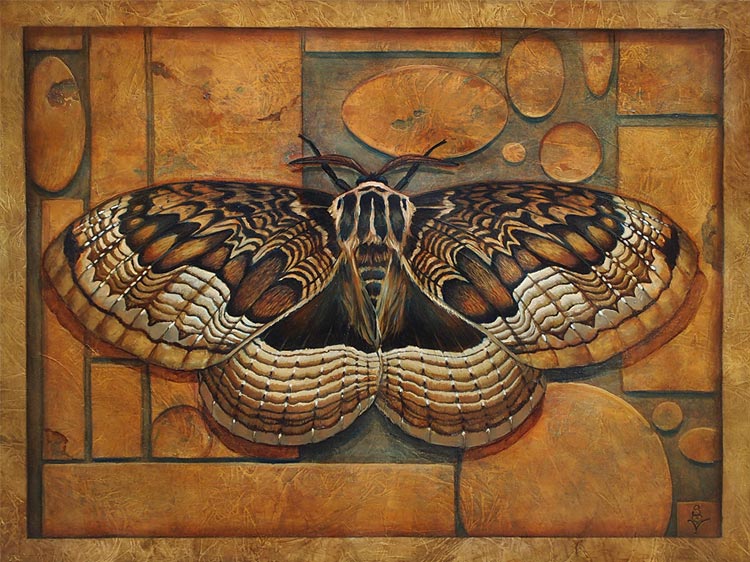 The original oil painting, “Jupiter in His Wings” complete. 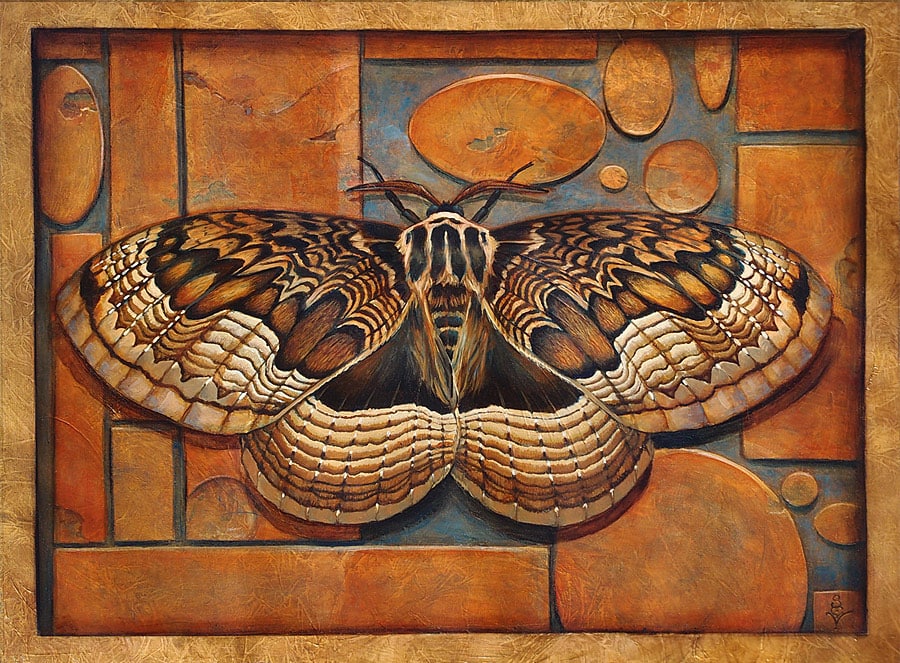